, /PRNewswire/ -- (NYSE: MAC), one of the nation's leading owners, operators and developers of one-of-a-kind retail and mixed-use properties in top markets, today announced it has sold , a non-core asset in Phoenix, for $100 million to a newly formed joint venture with an affiliate of . 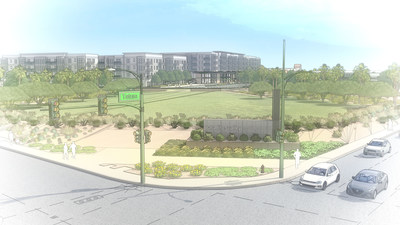 The transaction, which closed on , generated net proceeds for of approximately $95 million. will retain a 5% joint venture interest in this multi-year, multi-phased project led by , a -based mixed-use real estate company.

The 1970s-era has been rezoned to better reflect local demand for a wider mix of offerings on the 92-acre site. Uses will include high-end grocery, restaurants, multi-family residences, offices, retail shops and other elements.

"As the retail landscape continues to evolve here in and around the country, our decision to realize the market value of this non-core asset makes sense for ," said , President, . "Our focus remains on top-tier, market-dominant properties that will continue to benefit from the industry's increasing momentum toward high-quality destinations."

is a fully integrated, self-managed and self-administered real estate investment trust, which focuses on the acquisition, leasing, management, development, and redevelopment of regional malls throughout the .

Macerich currently owns 50 million square feet of real estate consisting primarily of interests in 47 regional shopping centers. Macerich specializes in successful retail properties in many of the country's most attractive, densely populated markets with significant presence on the West Coast, Arizona and the Metro New York to Washington, DC corridor. A recognized leader in sustainability, Macerich has achieved the #1 GRESB ranking in the North American Retail Sector for six straight years (2015 – 2020). Additional information about Macerich can be obtained from the Company's website at www.Macerich.com.